The story of one of the world's most recognized pens began in 1863, when the telegraphy instructor George Safford Parker was selling pens to his students to make his ends meet. Unfortunately, pens at that time were far from perfect, and it inspired the young Parker to create the perfect pen for everyone. In 1888 at age 25, George applied for his first fountain pen patent and began the story of Parker, its philosophy being: 'It will always be possible to make a better pen'.

The next step was the 1894 patent for the “Lucky Curve” anti-leak system, which drew excess ink back into the pen when it was not being used, and prevented the ink from accidently leaking out.

When the World War I broke out in 1914, Parker got involved with war efforts as well, and produced the Trench Pen, which was in high demand right until the war's end in 1918. The design of Trench Pens was specifically considering the application and use in extreme conditions of war, as they used dry ink tablets that could be activated by simply adding water.

One of the most popular fountain pens in history was the Parker 51 pen, made in honor of the company’s 51st anniversary. Launched in 1941, it won numerous design awards including the Academy Award for Best Design. It was recognized as one of the best pens of the 20th century. An interesting fact about the Parker 51 pen is that it was used in the signing of the German surrender by General Dwight D. Eisenhower, and Japanese surrender by General Douglas MacArthur in World War II. Because of this, the Parker 51 became synonymous with victory, which made it a very highly demanded pen. 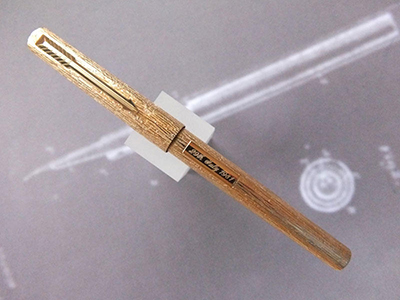 With such a rich and extensive history in the pen manufacturing business, it is not surprising to find out that the Parker Pen Company holds two Royal Warrants. The first was awarded in 1962 by Queen Elizabeth II, ensuring that Parker becomes the Royal Household’s official supplier of writing instruments, and the second Royal Warrant was issued in 1990 from High Royal Highness, The Prince of Wales. In keeping with this royal theme, Parker released a Limited Edition Parker 105 to celebrate the Royal Wedding of Prince Charles to Lady Diana Spencer in 1981. 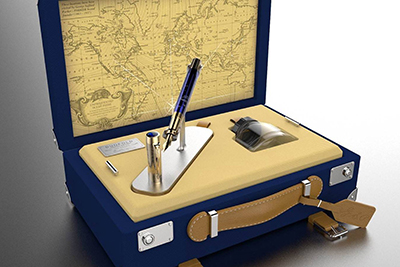 On the Parker's 130th anniversary in February 2018, a limited edition Duofold pen named “The Craft of Travelling” had its debute. With only 1,300 units made, this pen commemorates the Parker company founder's travels around the globe. From Tahiti to Tonga, the new Caledonian Islands to China, George S. Parker documented his experiences in a travel journal with his trusty Duofold pen. He believed that writing in his journal not only preserved his memories but also strengthened them. It is important to say that his extensive travels also inspired his creativity and thus, many of his iconic pen designs and inventions. Because of travel being the main subject of this commemorative pen, it comes in a special presentation case, which has been made to resemble a vintage suitcase with such decorative elements as a world map and faux leather details included in its design.

The Parker Pen Company is still continuing to work towards the future, solidifying its place in history as one of the leading, and most well known pen manufacturers in the world.

Super User
back to top